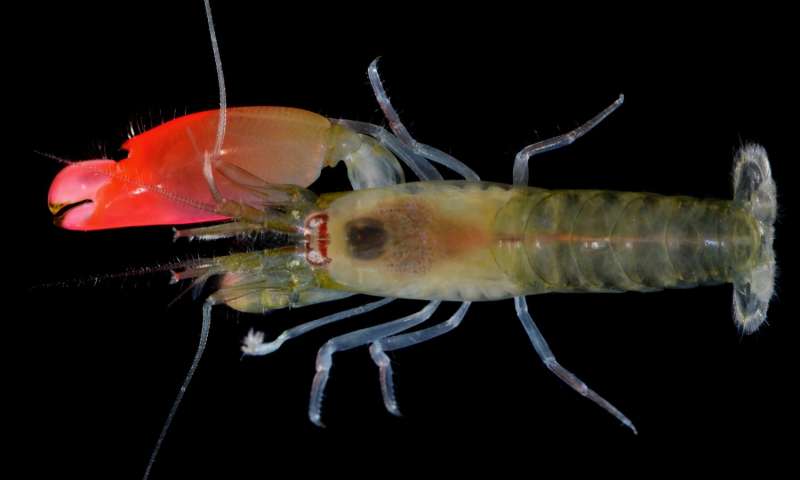 A new species of shrimp has been named after Pink Floyd thanks to a pact between prog rock-loving scientists.

A newly discovered species of pistol shrimp has been named Synalpheus pinkfloydi in honor of British rock band Pink Floyd.

Sammy De Grave, head of research at Oxford University Museum of National History, said he has been a fan of the band since he was a teenager.

He said: "I have been listening to Floyd since The Wall was released in 1979, when I was 14 years old. "The description of this new species of pistol shrimp was the perfect opportunity to finally give a nod to my favourite band. "We are all Pink Floyd fans, and we always said if we would find a pink one, a new species of pink shrimp, we would name it after Pink Floyd."

This is not the first time he has looked to rock to name a shrip having already named one Elephantis jaggerai after Mick Jagger.

The description of this new species of pistol shrimp was the perfect opportunity to finally give a nod to my favourite band.

Pistol shrimps, also called snapping shrimps, can generate a large amount of sonic energy, much like rock bands. The shrimps can rapidly close their enlarged claws to create high-pressure cavitation bubbles, which create among the loudest sounds in the ocean when they implode — the impact is strong enough to kill small fish.