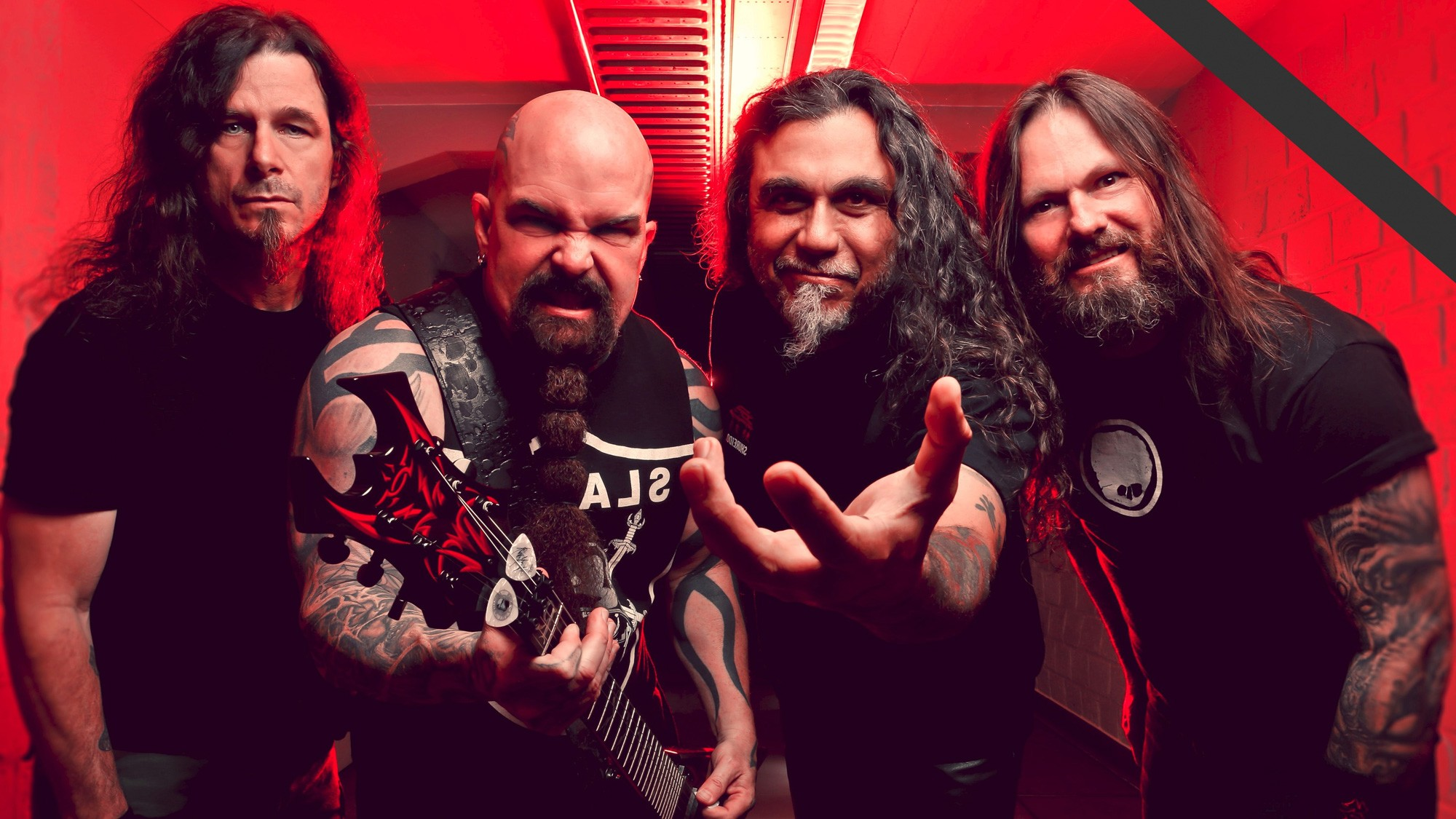 Slayer break the silence on their controversial pro trump post

Slayer have clarified the origin of their recent image of Donald trump posing with the band.

"As was verified by Tom, this was his post, is not something the band would have posted if asked, and does not belong on a Slayer social page," the band told Rolling Stone. "We all have our personal opinions, some of which we have voiced in the past, but Slayer has never endorsed any political party or any candidate, and the band intends to keep it that way."

Slayer has never endorsed any political party or any candidate

The photo was originally posted on inauguration day then subsequently reposted with a caption refering to upset fans as "snowflakes".

Believe it or not this picture was posted by me Tom Araya on 1/20 cause I thought it was funny ... I was amazed at the comments about the picture some positive some negative more amazing was in 2 hours there was 10,000 likes ... But i never would have guessed that there where so many snowflakes commenting their distaste for the new president. Like him or not he is the president ... woke up the next morning and found someone had deleted the post ... can some one please explain why...?

Kerry King has previously discussed politics telling the Rolling Stone that he was supporting Hilary Clinton as the "safe, correct choice."

Slayer are touring in the USA, South America and Europe this year to support Repentless which was released in 2015.