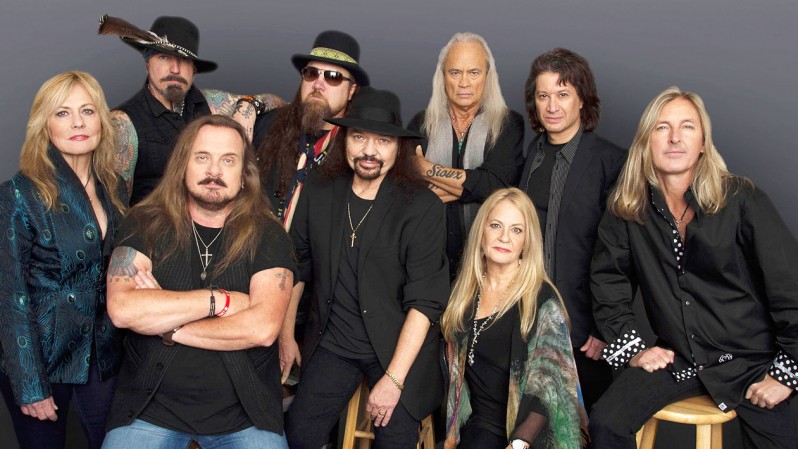 Announced by Artimus Pyle in 2016, ‘Street Survivors: The True Story of the Lynyrd Skynyrd Plane Crash’ tells the story of the tragic plane crash of 1977. The crash claimed the lives of Ronnie Van Zant, Steve Gaines and Cassie Gaines as well as manager Dean Kilpatrick and the pilots Walter McCreary and William Gray.

Neill Byrnes and Anthony Rocco Bovo have recently joined the cast and will play Steven Tyler and Joe Perry of Aerosmith. Aerosmith were the first band to hire the aircraft but they rejected it at the last minute as it was not up to their safety standards.

Speaking to Crave Online, Joe Perry said: “It was a terrible tragedy, and we just considered ourselves incredibly lucky.

“We’ve always felt there was somebody watching over us, and this was another example of that. People were put in our lives that helped bail us out for one reason or another. Fortunately, we had someone looking at the plane that we would be taking, and he put his foot down.

“To be that close to it... it was really a blow, up and down the line. From knowing those guys, to the loss of music and beyond.”

I think of that accident every day and what we might have accomplished if we’d have ten more years.

Speaking to Deadline Artimus Pyle said “When that plane crashed, we were at the top of the world man. I mean, we could play with any band — any band, whether it was the Rolling Stones, anyone, and we would hold our own or better. I think of that accident every day and what we might have accomplished if we’d have ten more years.”

“But I’m very proud of the band; I love the music and I love playing it still. I love hearing the stories, every time I play a gig now and meet people. And I know the only reason people know my name is because of Ronnie Van Zant.”

“We want this to be a good movie that tells a very passionate, intimate story about the music and the band and a rise and fall that happened so suddenly. I want the movie to portray my band members the way they were: real, funny people who loved the music, loved the success that allowed us to be able to travel the world and play for kings and queens all over this planet.”

“Of course, there is the tragedy, us being on this airplane that ran out of fuel after a performance in Greenville South Carolina that became the last place Ronnie Van Zant ever sang Free Bird. It’s incredibly personal and passionate to me and I want the movie going public to be able to share the laughs and the tears.”

Jess can you write a few lines about yourself for the about me page? Thanks!