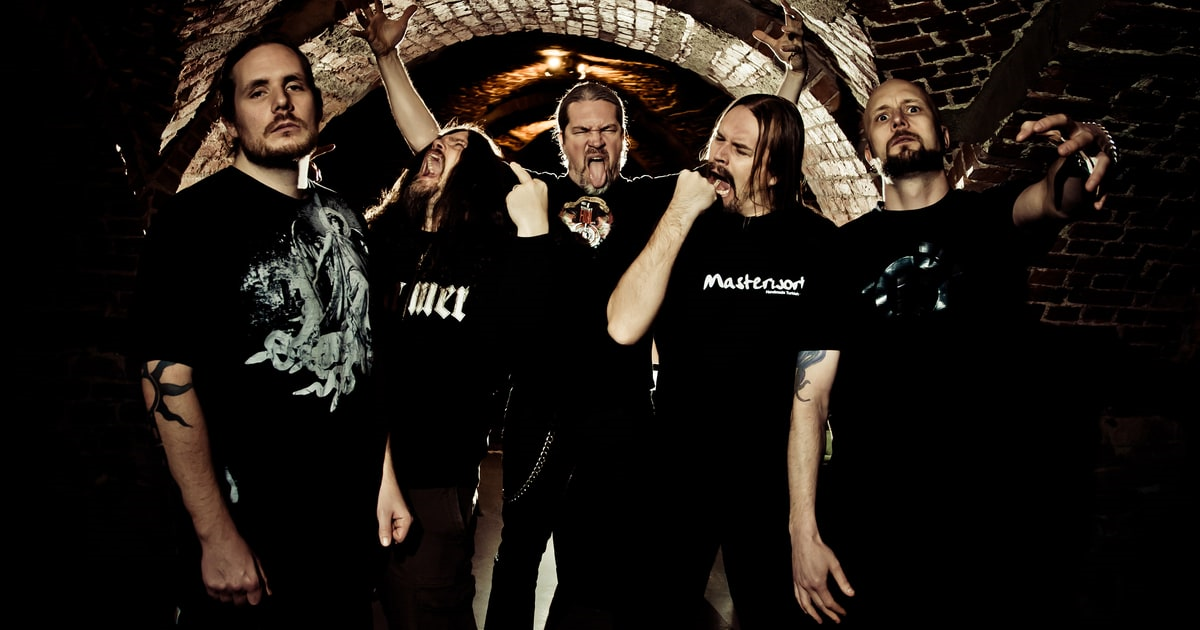 The Violent Sleep Of Reason by Meshuggah

Meshuggah are an act so enshrined within the cannon of metal elite hood that, at this point in their career, they simply could not make a ‘bad’ album. The masters of the mechanical, the dukes of ‘djent’ are unshakably sure of their own sound, and ruthlessly, robotically efficient at producing records that reflect this. Unfortunately, for many, they are also one of those bands who already perfected their own formula years ago, and thus everything subsequent will be judged against a bar set many years before, rather than on its own merit.

The Violent Sleep Of Reason is symptomatic of this. The bands’ eighth full length (released in October 2016) is laden with the stuttering android ferocity and staggering musicianship and composition we’ve come to expect from the band. Perhaps conscious of this expectation, the band have taken measures to rejuvenate the recording process – recording The Violent Sleep … live in-studio, in an effort to capture the caustic energy of their on-stage performances. Drummer Tomas Haake has said that their previous releases, like Koloss and the mighty ObZen, sounded ‘too perfect’, and there’s definitely a sense organic rawness to the record, which makes the bands’ shifting polyrhythmic timing all the more impressive.

Opener ‘Clockworks’ lives up to its title, unstoppably measuring out a broken groove, jagged double kick patterns and dense chugging guitars pierced by a piercing, looping overlay. Haake’s performance is especially noteworthy, riding out every shift in tempo, dragging the track towards its frantic, tumbling final drive. ‘Born In Dissonance’ reigns in the breathlessness of the previous track, formed of a locked-in series of stabbing riffs, Jens Kidman’s robotic, scalded bark perfectly syncopated. The track slows down, peppered with a spidery solo, spacing out into an off-kilter, reeling guitar overlay. ‘MonstroCity’ comes to life with a text book deep Meshuggah groove that it’s impossible not to bang your head to, morphing into dizzying stop/start rhythms like a misfiring engine with loose parts slowly tearing itself apart internally.

‘By The Ton’s rhythm section snakes along implacably, buoyed by a neurotic, frantic guitar undertone. It has a muscular swagger, further bolstered by super dense metallic atonal ‘djents’. The title track is seismic in scope, stuttering, chugging riffs and a predatory swing masking the fact it’s possibly one of the less realised songs here. ‘Ivory Tower’ descends seemingly endlessly, revolving around a groove that is exhausting to bear. ‘Stifled’ is anything but, shuddering with huge metallic atonality, lurching and grinding itself down before collapsing into fragile, oddly uplifting synths. A much needed moment of pause and clarity.

‘Nostrum’ is absolutely blistering, and Haake’s constantly shifting performance drips with jazzy snare work, it’s skittering intensity putting it up there as one of the best performances of his career. ‘Our Rage Won’t Die’ is a massive wall of force, galloping along with a formidable groove, feral but focussed. Closer ‘Into Decay’ kicks in with lo-fi guitars which are shoved aside by the main riff, a brooding, drawn-out use of negative space, letting each hammer blow chord ring out, before a doomy final note peters out into feedback.

The Violent Sleep… is another fine addition to the Meshuggah lexicon. It shows a band still keenly aware of itself, but unafraid to try new approaches. What it does not do, however, is throw down anything truly iconic. You won’t find an equivalent to ‘Bleed’ or ‘Dancers To A Discordant System’ here. Fall all but the most ardent Meshuggah fans, differentiating any of the tracks here from any of the others may be a difficult task. The eleven track length exposes the flaws in some of the less realised numbers, and this in turn detracts from the overall strength of the record. Regardless of these minor criticisms, The Violent Sleep … is proof that Meshuggah are just as technically skilled and fearsomely efficient as ever.